Behind the scenes at the CalAcademy, pt 1

Recently, MarineDepot.com was given the opportunity to visit the Steinhart aquarium at the California Academy of Sciences in San Francisco. Our tour was given by none other than Charles Delbeek, senior biologist at the Steinhart. Instead of just keeping this great experience to ourselves, we decided to bring along a camera and notepad to pass along what we saw and heard. There’s so much content here that we will be breaking down the tour into several posts.

The CalAcademy, as it is often called, is a natural history museum, planetarium, rainforest dome, and aquarium all rolled into one building in Golden Gate Park on the north side of San Francisco. The Academy has been in existence for over 150 years, but recently received a facelift. Our focus will be on the aquarium itself, but in later posts we’ll give you a photo tour of some of the other fascinating exhibits.

The centerpiece of the Steinhart aquarium is the Philippine reef exhibit, one of the world’s largest reef aquariums. The main tank checks in at around 212,000 gallons of water. That’s almost 900 tons in water weight alone!

The Academy chose, instead of just throwing in species from around the world, to focus on species from the Philippines. The bay area has a large Filipino population, which the staff wanted to honor. Academy staff have taken trips to the Philippines to collect specimens specifically from the region. Throughout our tour, it was obvious that the staff had gone to great lengths to create a natural environment and provide for the safety and care of their animals. In fact, when we arrived at the aquarium, our tour had to be delayed for an hour because the staff was busy capturing and transferring a Klein’s butterfly fish that had taken to nipping at corals. You can imagine how difficult it is to capture a fish that has over 200,000 gallons to swim in! To give you a better idea, here is a picture of the aquarium from the main viewing pane: 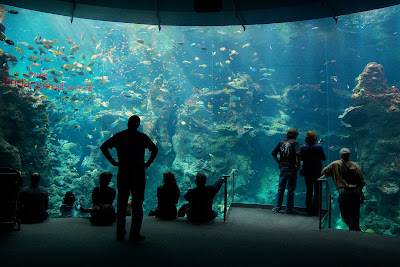 And another shot showing some fish congregating during a feeding: 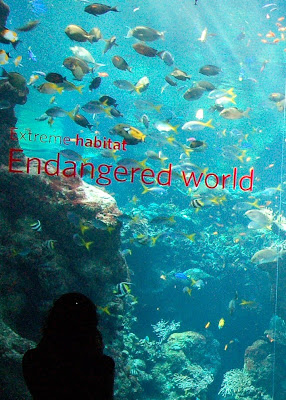 Literally thousands of fish were added to the display after it was designed. For those interested, the Academy has provided a stocking list which you can see here. When we asked Charles if he knew how many fish were in the display, he smiled and said that he could only tell us how many had been put in. Because the aquarium is so massive, it is possible to see behaviors in fish that one would only normally see in the wild. While sitting and enjoying the Philippine reef, I could actually see flame angels swimming in harems. Sadly, I did not capture a good photo. However, it was possible to see shoals of beautifully colored fusiliers flowing through the display: 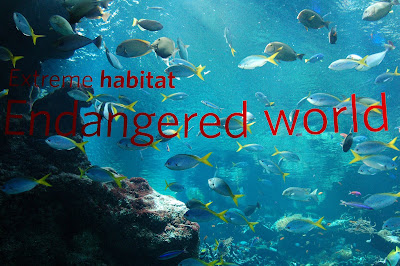 I hate to anthropomorphize, but the grumpy disposition of this particular fusilier made me smile: 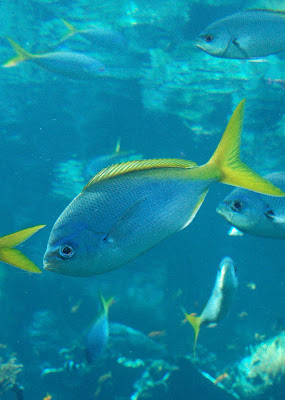 I also witnessed some larger fish swimming into the shallows of the aquarium in the evening as they grazed for food. Here, a beuatiful adult emperor angel swims past a stunning collection of tridacnid clams: 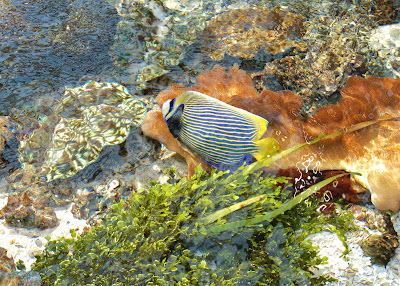 Here is an excellent view of the clam garden: 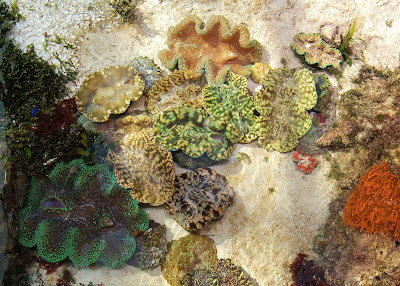 Right before closing, I saw this small clownfish settle in for the evening. While it isn’t “natural” for a clown to host a giant clam, it was adorable to see her tuck into the mantle, and one of my favorite moments of the tour: 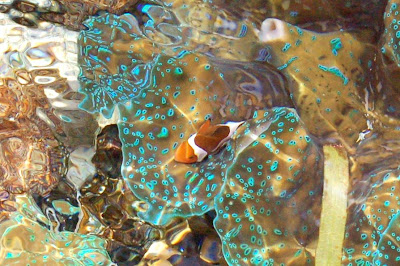 One of the neatest things about the design of the aquarium is that it covers multiple floors. The main viewing panes for the large reef are in the basement, but the surface and “shallows” of the aquarium can be viewed form the ground floor. Here is a shot from above: 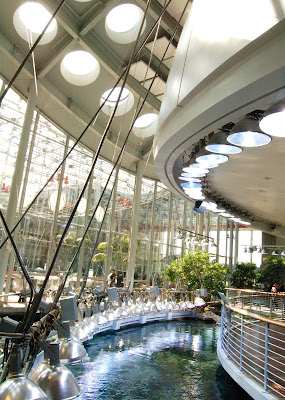 At 2 years of age, the large tank is beginning to mature. The system is just now getting to the point that it is sustaining sensitive acropora corals. However, there were nice displays of soft and large polyped corals throughout. Here you can see a nice acan garden: 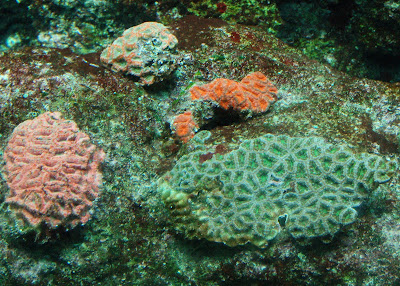 and some rescued contraband: 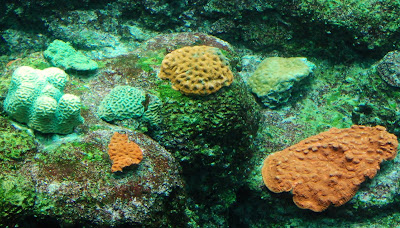 Keep in mind that the tank is still young. Corals are being placed with room to grow so that it can thrive as it matures. These particular corals were seized as illegal imports that were then brought to the Steinhart. It is nice to see that the animals were given the opportunity to live instead of melting at a customs facility. Charles told us that not all corals are able to be saved, but it is nice to see that some are.
The Academy has gone to great effort to limit its impact on wild reefs. Many specimens of coral were donated by the local reefing community (congrats for being so socially aware Bay Area Reefers), or purchased from aquaculture facilities. the aquarium also has several coral propagation tanks (that we will show later). I am confident that the staff has made every choice with sustainability and ecological sensitivity in mind. It greately pleased us to see such dedication.
Here are some more shots of the main tank: 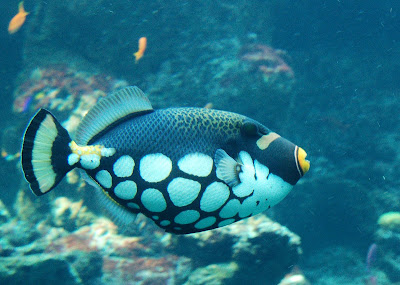 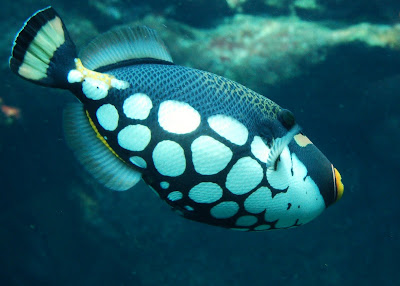 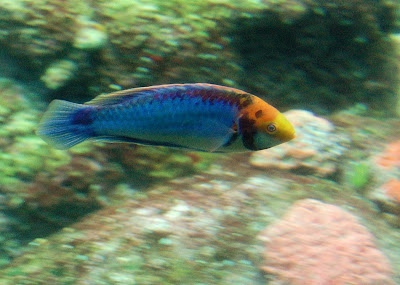 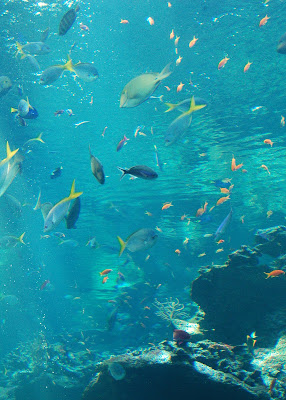 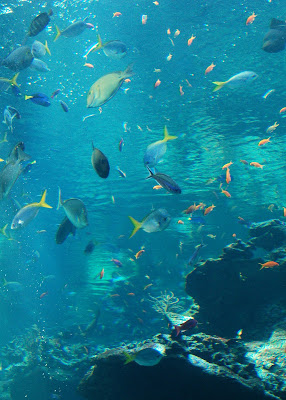 Much more to come later! check back soon for part 2!

Previous Article
Keep on Truckin' Next Article
How to Setup a Refugium by Daniel S, MarineDepot.com Reef Squad