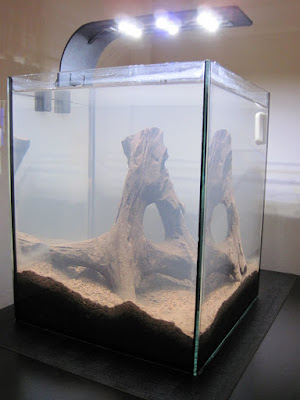 After a successful 48-hour leak test, I decided to shop for rock and driftwood. I was getting anxious. I wanted to get the new tank up and running!
I visited a local fish store in Fountain Valley, CA with my boss during our lunch hour. I picked through two or three dozen antler-shaped branches. Most of the really unique pieces—shaped by Mother Nature herself—were large. Too large for the 5-gallon freshwater aquascape I had in mind. I finally settled on a $25 piece with a natural hole in the center I’d later cut to fit inside the small tank. I bought a rock, too, but it didn’t end up making the final cut into my display.
A tag attached to the driftwood suggested I soak it for a couple of weeks to prevent leeching. It pointed out boiling the wood would speed up this process. I wouldn’t be able to cut the wood until the weekend—I’d need to visit my folks for a safe place to saw—so I decided I’d better get boiling. 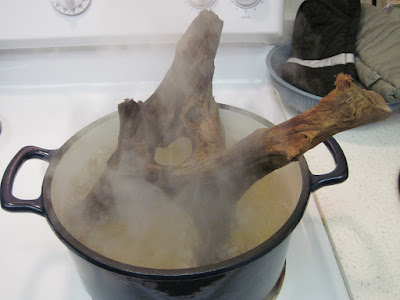 Since my wife did not choose driftwood-friendly pottery in our wedding registry, I made due by rotating and boiling the wood several times. The first couple of driftwood boilings created a woody brown broth. 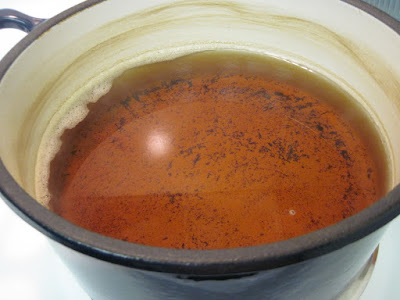 The intensity of the color lessened with each subsequent cooking. I stopped once it became a pale yellow.
Next, I boiled the rock I bought from the LFS along with some smaller pebbles my boss gave me. I planned to use the small rocks to create a pathway. 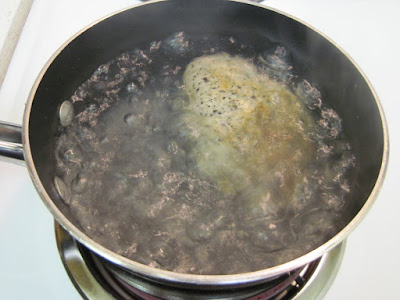 I chauffeured the driftwood that weekend to my parents’ house and cut it with a miter saw so it would fit inside my EcoPico. I placed the larger scraps inside a Ziploc bag to save in case I wanted to use them as decor in a future aquascape.
When I arrived home, I promptly placed the newly cut driftwood into a bucket of RO water to soak. One week and three water changes later, the water was clear. 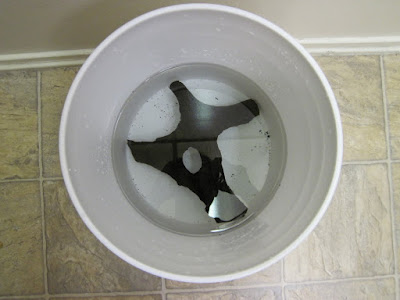 During the week of wood soaking, my wife and I purchased a cheap console table. We live in an apartment with limited space so we wanted a more functional piece of furniture than a simple aquarium stand. We opted for a table we found online for under $200 that included free shipping. 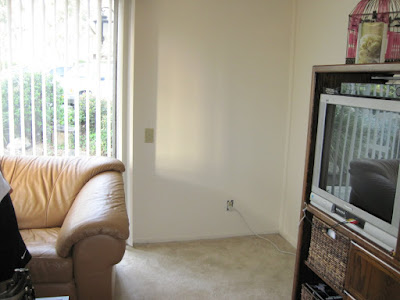 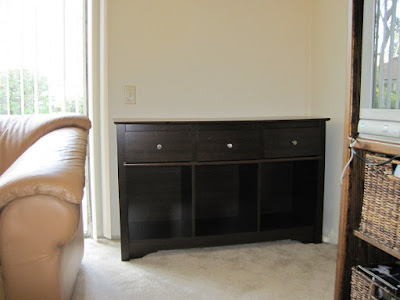 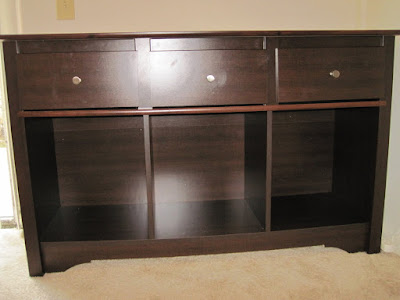 The assembled table looks sharp and fits the wall perfectly. We were a bit disappointed with the quality of the materials. It isn’t built to last a lifetime, that’s for sure. In hindsight, we should have ponied up for one of the nicer tables we saw at our local Pier 1 Imports or Cost Plus World Market stores. We figured we got what we paid for and decided to upgrade tables after we upgrade apartments in the not-too-distant future. This would suffice for now.
I bought a cheap, unassuming brown place mat from Bed Bath & Beyond and put it underneath the tank to protect the table during maintenance. My wife accessorized the table, combining river stones from Crate & Barrel with faux moss from Pottery Barn inside a glass vase holding a candle. 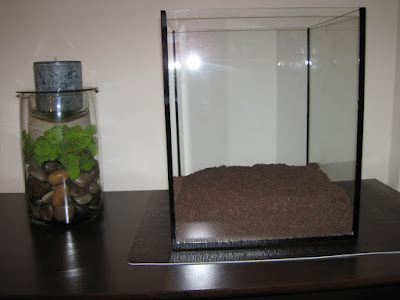 For substrate, I chose Seachem Flourite for its porous clay gravel and natural look. Flourite arrives pre-washed but may be rinsed again before putting it into your aquarium to remove residual dust. I recommend it: anxious to get the tank going, I skipped this crucial step. I placed a plate on top of the bed of Flourite and thought that by adding water slowly I would avoid disturbing the substrate. 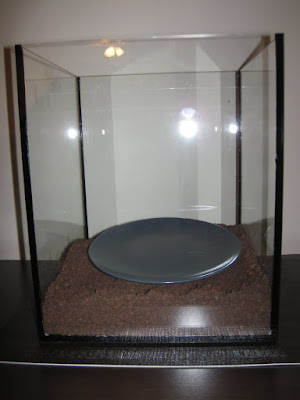 Boy, was I wrong! 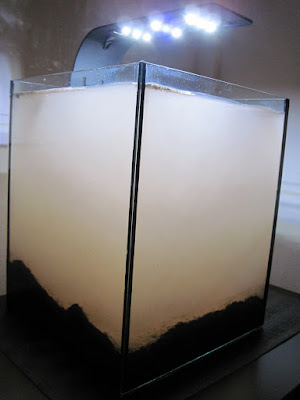 Seachem claims initial cloudiness is normal and generally clears in 2-12 hours. They were (mostly) correct: a day later, my tank looked like this. 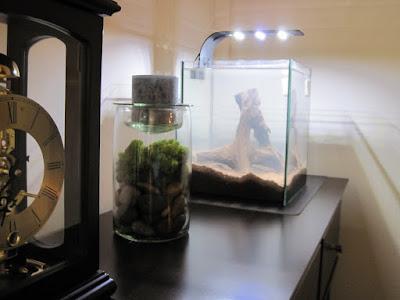 In my next post, I’ll explain how I finally got the water clear and begin adding plants.
Read more about my EcoPico: