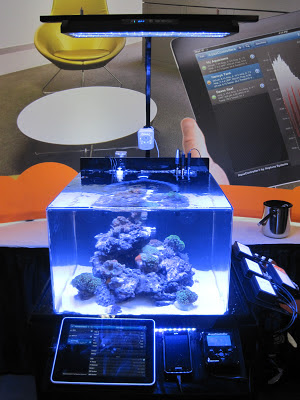 Next up, we dropped in on Neptune Systems to find out what’s new in the world of aquarium automation. Paul Jansen, Neptune Systems’ Director of Operations, first took a moment to remind us what’s so great about aquarium controllers in the first place. In a nutshell: they make the hobby easier for aquarium keepers so they can spend more time enjoying the fruits of their labor. The ability to control everything from a single source is one of the greatest benefits controllers offer. Not having to unplug everything just to find the cord for your powerhead alleviates a lot of headaches. Not only that, having the power to monitor and control your aquarium from anywhere in the world grants hobbyists with demanding systems the freedom to have a life outside their home. 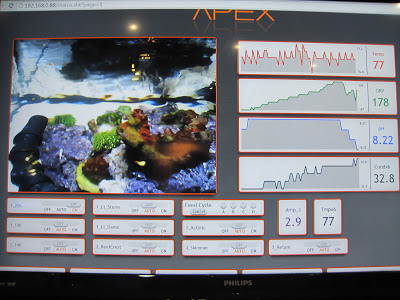 The beautiful new Apex Dashboard was one of the hightlights in the Neptune booth this year. In fact, Neptune Systems’ new controller interface, expanded product selection and overall rebranding helped the company earn Reef-A-Palooza Best in Show honors in MarineDepot.com’s annual “Best of” awards. Anyhoo, back to the dashboard: many hobbyists are probably familiar with the simple drop-down controls used in the old design (which are still accessible, by the way, if that’s your preferred user-interface). The new, more graphical UI is much more user-friendly. You can drag-and-drop various “tiles” on your dasboard to quickly check your temperature, pH and other key water parameters at-a-glance. Controllable features can now be adjusted using your mouse. Just slide a bar using your mouse, similar to how you might raise or lower the volume on your PC. Another feature that impressed attendees as well as our own staff was the ability to monitor your tank via web cam and have the video stream right on your dashboard. The camera Neptune Systems had running during the show was from D-Link, although we were told that any internet protocol (IP) camera will be compatible. 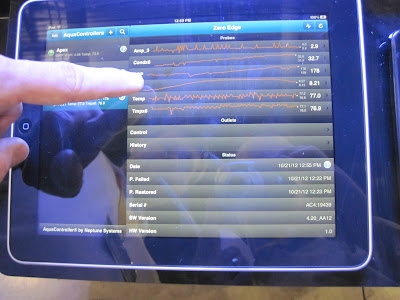 Paul demonstrated some of the monitoring and control capabilities available in their iPad and iPhone applications. Don’t worry, Android users: Neptune has an app for you that is currently being beta tested by users so they can polish up the programming before the finished product comes out in the coming months. Allowing hobbyists to check in on their tanks from their mobile device or smartphone is a huge convenience and the ease-of-use of their apps make Neptune Systems an attractive control system to adopt if you’re considering automating your own system. You needn’t worry about a bunch of complex programming that may be over your head if you’re not super tech-savvy. Neptune Systems’ new AI has a bunch of built-in wizards to help you get things setup quickly and easily. They also ensured us that more wizards are in the works to keep up with the ever-evolving needs of hobbyists. 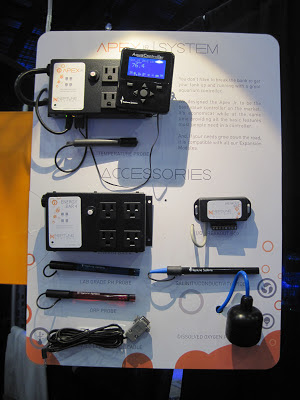 Neptune also showed us their exclusive wireless pump control for EcoTech VorTech powerheads, which they pointed out you can’t get from any other controller company on the market today. You can switch your powerheads into pulse, lagoon or feed mode with your iPad while sitting on the couch or from your mobile device anywhere you have web access. 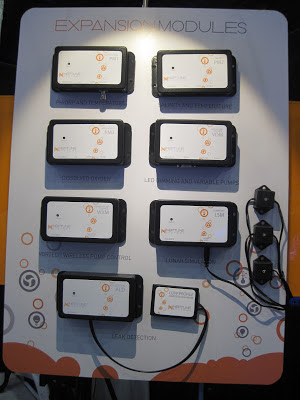 Neptune explained they have been hyper-focused on producing the best possible products and are now ramping things up to expand into international markets. We expect to see a lot more adoption of Neptune controllers in the latter half of this year and in 2013 based on what we’ve seen at the show this year: new exciting products, a revamped and polished website and an expansion in their marketing efforts. You really get the feeling the company is feeling confident and we’re excited to see them grow. 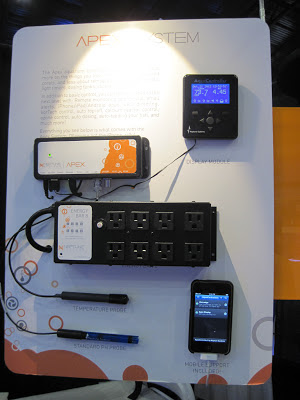 ﻿One last nugget of newsworthiness: the AquaController Apex Jr. is getting some refinements as well, including color-coded cables (like PCs often have) and other improvements to make the out-of-the-box experience better and super easy for even beginning hobbyists to get up and running.
Previous Article
The Customizable AquaticLife 3W LED Expert Series Next Article
MarineDepot.com Announces Best of 2012 Award Winners