Real Reef Shelf Rock: Recreate the Tonga Look and Save a Reef 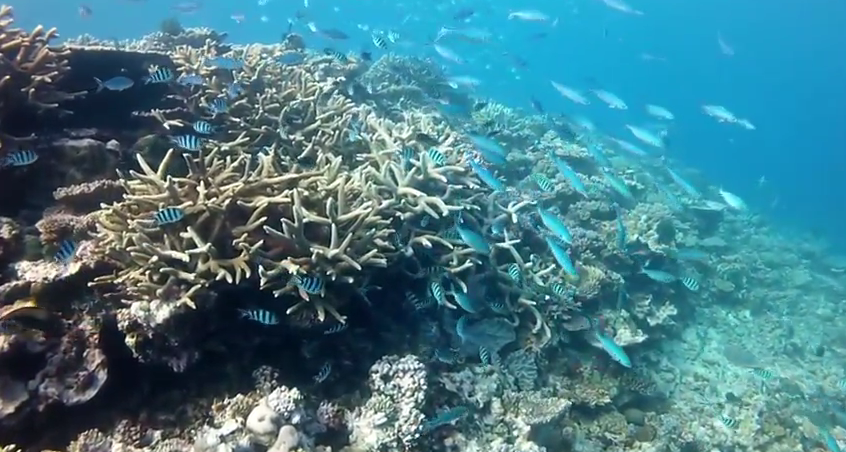 One of the most important, yet often forgotten, pieces of any saltwater reef is the aquascape. The ideas behind designing great scapes have changed a lot over the years, but the basics are the same:

But for me there was one more piece that was crucial—I wanted something that had absolutely no chance of harming our coral reefs. Conservation of our reefs (and teaching the same to my kids) is really important to me, so I knew that I had some work ahead in order to find the rock that I wanted.

I had already done an aquascape in my 40 breeder using AquaMaxx Dry Reef Rock (which is harvested on land, from an ancient reef) but I wanted to mimic the rock shelves that we see in the oceans around Tonga.

Unfortunately, many of the reef areas around Tonga have been harvested to the point of destruction. Most of the shelf rock that you’ll find today is actually from Indonesia or Fiji, and doesn’t do a very good job of replicating the flatter, wide surface of the Tonga rock.

Fortunately the folks at Real Reef have an answer in their Real Reef Shelf Rock. It’s real rock, just like you’d find in the ocean, but it’s grown in an enclosed environment so it has absolutely no effect on the ocean. It looks and feels just like the “real” thing, because it is the real thing.

I was sent 40 pounds of Real Reef shelf rock for my aqauscaping project, and I was wildly impressed with the quality of the product. It’s porous, has great shape and it looks like it’s already covered in purple coralline algae. It’s also seeded with nitrifying bacteria, so you can use the rock to help cycle a new tank even faster.

And Now, The Design

After gathering some ideas from my local reefing group on Facebook, I decided on a lagoon or cove-style design. I knew that I had some corals that would need space in the sand bed, so I wanted to leave plenty of open space there. But I also wanted a lot of varying height to the main aspect of the aquascape so the lagoon idea worked out very well.

I started by washing the Real Reef rock in RO/DI water to remove any fragments or dust that came off in shipping. I then laid out all of the rock and found some pieces that fit not only the size that I was looking for but also the shape.

Once I found the pieces that I wanted, we started moving the base rock into place to form the overall structure. Since all of my base rock was already in the aquarium and cured, we had to do a bit of underwater work with the epoxy and gel adhesive. Overall though, I’m very happy with how the rock stacked together, as well as the shape the it provided. 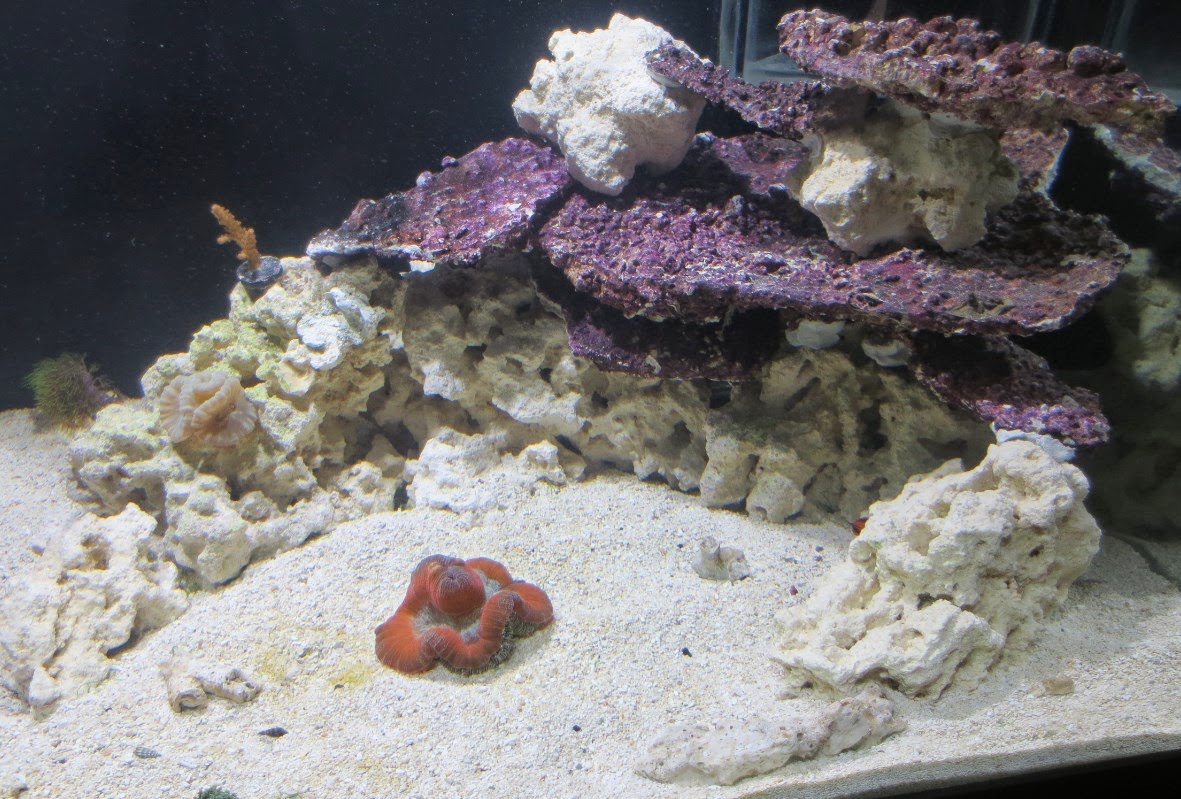 One thing to note: unlike the “natural” rock that you often find, Real Reef Shelf Rock will not have the trunks attached to it. You will need to build these yourself out of base rock. It wasn’t a problem, but had I known that in advance I definitely would have kept some base rock out of the water to help make this process a bit easier.

The aquascape that you see here fills about 1/2 of my tank. I used around 15 pounds of the Real Reef Shelf Rock to provide one main shelf, a couple of “bridge” areas and then some smaller shelves toward the top of the structure. The fish seem to love hanging out under the cover that the shelves provide, and the ample flat space leaves me loads of room for coral placement as I find more pieces that I love.

So what would I have done differently? As I said before, I definitely would have ordered a bit more rock and kept it dry to help ease the gluing process. I also would have set up my tank with Real Reef Shelf Rock the first time, instead of aquascaping after the fact! Other than that, I’m incredibly happy with the results and I can’t wait to do the left side of the tank next. I decided to wait on that side, following my own advice of having some dry rock to work with first.

All said and done, I would absolutely recommend Real Reef Shelf Rock for anyone who wants to mimic that Tonga reef look. I’m still thinking up what I want to do on the left side, but experience now tells me that no matter what I choose, it’s going to look great.

Previous Article
How to Hang an Aquarium Light with a Suspension Kit Next Article
Hydor Nano-Skim Protein Skimmer Review: Great Skimmer for the Nano Crowd!