Kessil has always been at the forefront of aquarium LED lighting technology. The A160 and A360 fixtures are some of the most popular LED lights among hobbyists. The new AP700 fixture was released last fall and has started to become more and more popular.

The A160 and W360s are great simple fixtures that offer manual adjustment options and some automated control with the Kessil Spectral Controller.

The AP700 was design to be the flagship and offer all the great features that hobbyists look for in a high-end fixture. A single AP700 can be used on a mix-reef aquarium measuring up to 48” when mounted 15”-18” above the aquarium.
For an SPS reef, you will want an AP700 for every 30”-36” and mount the lights 5”-7” above the aquariums water level.
What is unique about Kessil is that they manufacturer their own LED diodes. Through extensive research and development, they have developed a “Dense Matrix” LED that includes all the best colors and spectrums for the corals and invertebrates in your aquarium. 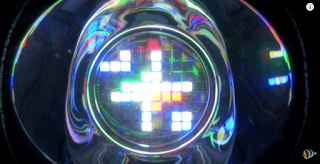 Unlike other fixtures that require tuning of individual LED color channels, Kessil has taken all the guesswork out of the equation. Simply select the overall color you desire and overall intensity. All the LED color channels will automatically be optimized to create full spectrum light that promotes photosynthesis for that specific color and intensity level.
The AP700 features built-in Wi-Fi so you can easily program your light through an iPad or iPhone App.  An Android App is currently undergoing BETA testing and should be available soon.
The “Hybrid Optics” included on the AP700 is also truly unique because they simulate the effects of a metal halide and T5 combo: offering the shimmer of a point-source light and the even coverage of a fluorescent light with color blending that is among the best we have seen yet. Optical Kits will be available soon to further enhance the output of your Kessil AP700. 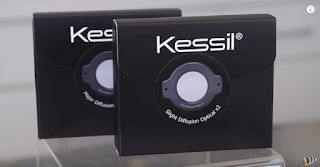 The optional lens kits easily attach to the AP700 with built-in magnets.
for mounting, Kessil has recently released these beefy mounting arms. Two arms are required for the AP700, while only one arm is needed for the A160 or A360. The standard bracket works well for rimless and rimed aquariums. For those with Euro-braced aquariums, an Extension Mount is available to allow you to mount the arms to the back of your aquarium stand.
Hanging kits as well as a Canopy Mount kits are also available so this powerful light can be adapted to fit just about any aquarium.
If you are looking for new lights for your aquarium or are interested in upgrading existing lights.
-Take Care and Happy Reefkeeping.
Previous Article
AquaMaxx 12-Gallon Long Rimless Aquarium and NemoLight AquaMarine - REVIEW, Part 1 Next Article
How to Get Your Family More Involved in the Aquarium Hobby