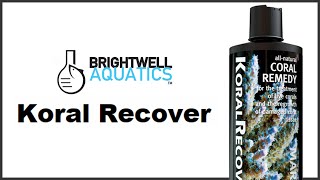 Over the past several decades, there has been a tremendous increase in reports of coral disease affecting wild reefs. These same coral diseases can also have a negative impact on the home reef aquarium systems and the corals that are kept. Coral diseases can rapidly lead to significant losses of coral specimens in the reef aquarium. These diseases can affect a wide range of corals including Small polyp stony corals (SPS), Large polyp stony corals (LPS) along with soft coral. Less than optimal water quality, poor lighting, coral warfare, along with tissue damage due to handling and / or injury occurring in the aquarium can lead to sudden outbreaks of coral disease. These diseases may have a sudden impact, with specimen loss almost overnight, or may slowly progress over time. Ultimately, the presence of a coral disease in the reef aquarium will lead to coral specimen loss. It is vital that disease identification takes place, treatment implemented, and the root cause of the outbreak eliminated to prevent additional infections and spreading to other coral specimens within the aquarium.

Brightwell Aquatics Koral Recover is an All-Natural, coral remedy that will not only treat the affected coral but will help stimulate regrowth of lost coral tissue caused by the disease infection. It is important that the entire aquarium be treated as the disease can continue to affect additional specimens in the aquarium. To help prevent initial outbreaks, it is recommended that corals or frags be pre-treated with Brightwell Aquatics Koral MD dip to prevent damaging hitchhikers from entering the aquarium or MediCoral dip or Frag Recover Dip to prevent bacterial transfer prior to introduction to the main aquarium. This will prepare new corals for their introduction to the display reef aquarium and minimize coral stress and potential disease outbreaks.

Be the first to review