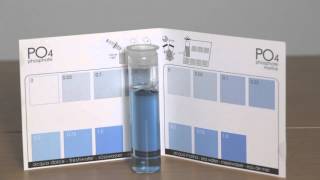 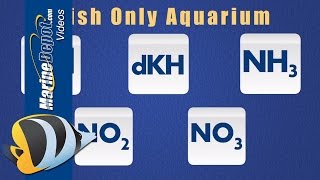 Temporarily Out of Stock

Ammonia (NH3) is toxic to most living things including: corals, invertebrate and fish. With high pH level (as in a marine aquarium) and increased temperatures, NH3 can quickly kill aquarium inhabitants.

The ELOS AquaTest Nh3/4 should detect no ammonia, however, in freshwater aquariums, an optimal level of ammonia should be below 0.1 mg/lt, whereas, in marine aquariums should never exceed 0.05 mg/l.

Elos AquaTest NH3 Test allows the user to determine the amount of Ammonium (NH4+) and then, using to the conversion table, the correlating amount of Ammonia (NH3), depending on the temperature and the pH value.

ELOS AquaTest NH4, as well as all the other colorimetric test kit of this line, grant very high precision thanks to several procedures like the use of “RealColor” technology, an accurate system to calibrate the color chart compared to the reagents; the validation of each reagent with NIST (National Institute of Standard and Technology) certified samples and the careful stock management to supply to our customers ONLY the freshest production batch.

ELOS America is the USA branch of a time-honored tradition. ELOS has been in business in Europe for over 25 years, and is recognized as one of the most innovative leaders in the aquarium industry. In 1997, ELOS was the first to discover that in closed systems, some species of corals (mainly SPS) significantly benefit (better colors and more rapid growth) from a reduced addition of organic additives (dissolved organic material), but only when compensated by a selective addition of high quality nourishment. Based on our groundbreaking and innovative research, ELOS introduced to the market a "Trio" of products to feed our corals – Omega (Amino Acids), SvC (planktonic Coral Food) and Pro-Skimmer (Carbonate Source).

ELOS was also the very first company to produce LED lights for the aquarium, the first to produce a rimless tank, the first to use probiotics in our foods, and numerous other firsts. ELOS is committed to providing high quality products to the aquarium industry and customers quickly recognize our dedication to not only advancing the hobby through research and innovation, but also our dedication to elegant simplicity in design and use. With the addition of a dedicated staff and warehouse in the USA, we are renewing our commitment to provide our customers with the best possible solutions and products available.

Very easy to use and under stand

The Elos kits are easy and accurate to use. I was able to do the whole suite in 35 minutes.

Not too difficult to use but it's tough to distinguish the colors on the lower end of the scale. Also it jumps from 0.1 to 0.5 on the color chart. It would be nice if there was a 0.25.

This test simply has two many steps. Need to test for pH first, have temp., then read the result from test which almost never matches any of the options on the scale, and finally refer to a table. Disappointed. As I have been with most of the Elos tests.

Was this review helpful? 3 0